Humanity is on the threshold of a New Age. Two main groups have emerged in this modern age; positive and negative. Those who claim positive see the latter negative even though their actions are positive. Veto Power Holders in UN Security Council are superior and the rest became inferior.

A bias should be sought for the legitimization of their dominion on Earth. Based on World Order, Civilization and its principles deviate from their essences. Point of support for the new civilization is force; its aim turns to benefit and self-interest, its principle of life shapes conflict.

As new World order fails to end atrocities of genociders, and dictators, the tie between modern civilization and communities appears in the form of racialism and negative nationalism.Modern human cares animal’s extinction but killing people in the name of politics and religion become a norm in this modern age. I think it is the deficiency of World Order dominated by World Powers.

Rohingya became the most persecuted minority on Earth since 1970s. UN recorded nearly 300,000 Rohingya refugees fled to Bangladesh in 1978 because of persecution in Burma. UN could solve the problem when it started to grow but principles of World Order fertilized it to grow that caused exodus of two third of the whole Rohingya population around the World.

World Order gave President Thein Sein a chance for mass killing of Rohingya in the name of democracy reform and keeps one million Rohingya in the ghettos for genocidal tendency.

UN released many Statements without any action to solve Rohingya’s issue but World Order looks only its benefit and interest ignoring Rohingya that caused regional boat people crises.

Now, again it favors Nobel Laureate to legitimize genocide. Within two months, 800 Rohingya including babies were killed brutally, torched 3,000 homes of Rohingya, raped 500 Rohingya women and girls, displaced 65,000 and forced to flee more than 10,000 to Bangladesh by Myanmar Army and Border Guards.

When IDPs complained that they feel worse than prison in the camp, and have no fundamental human rights at all, Annan’s interpreter asked them “Who keeps you in this situation? Who blocks you to go out?”, as if Rohingya established genocidal blockage for themselves. I think Annan was appointed to legitimate genocide, not to end genocide.

Does the World Order need to wait until all Rohingya extinct to call it genocide and take action?

These are victims of Myanmar army’s atrocities died in U Shin Kya of Maungdaw on 5.12.2016. 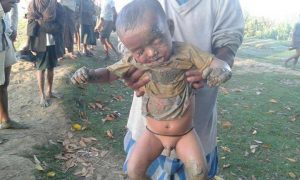 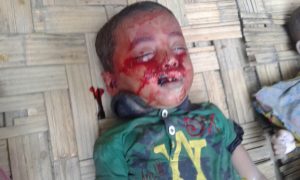 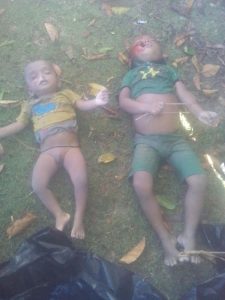 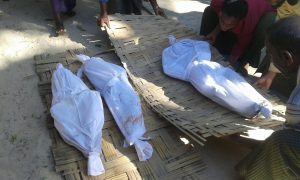 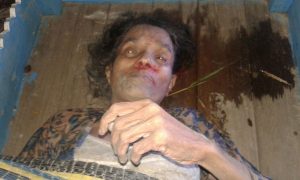 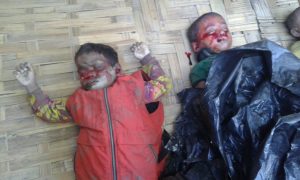