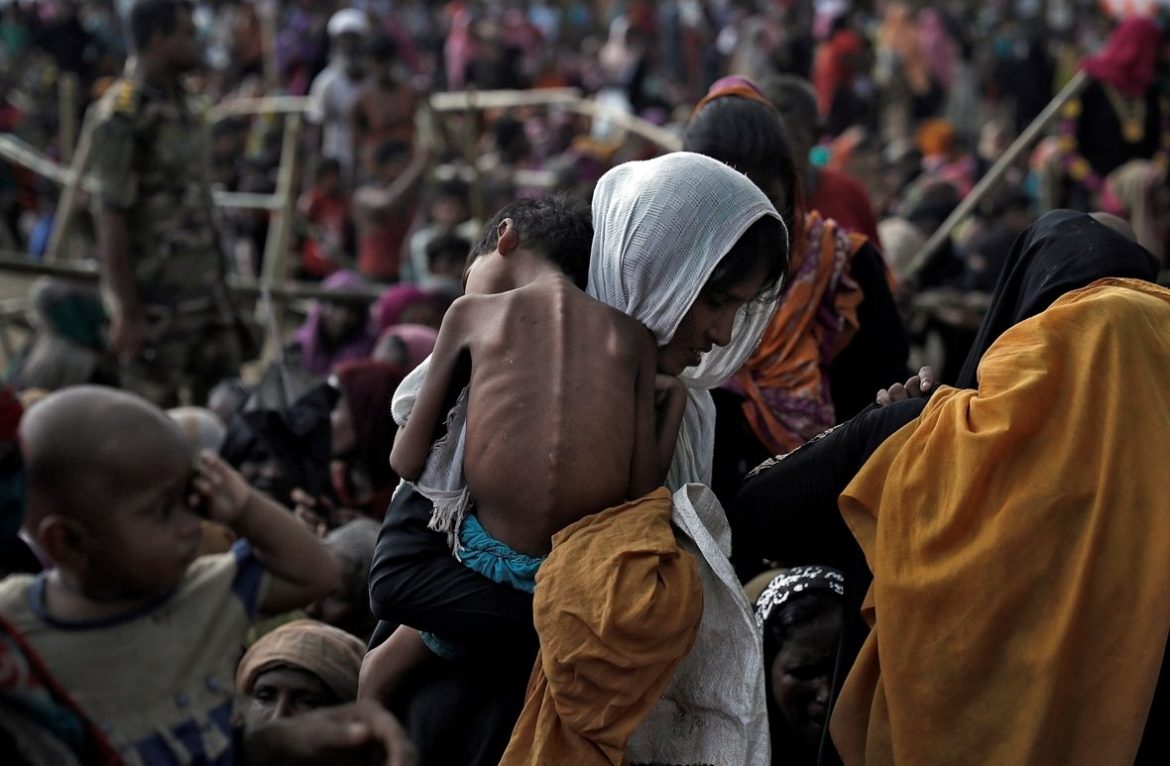 Since the military coup of General Min Aung Hlaing whose wife is a Rakhine ethnic, we experience many signs of another genocidal operation against Rohingya.

According to Rakhine information both AA and State Administration Council have agreed to eliminate Rohingya and make them Bengali by issuing NVC for them. Since the coup, AA holds authoritative administration in 15 townships of Rakhine and it extorts money from Rohingya live in Kyauktaw, Minbya, Myebon, Pauktaw, Rathedaung , Buthidaung and Maungdaw of Rakhine State.

AA removed all former officers and replaced their soldiers at the Rakhine National Authority Court. The announcement of the “Flowerbed Operation” was issued on 11th May 2021. Hundreds of Operations have been being conducted since 1950s. Every operation was genocidal and oppressive that deprived fundamental rights of Rohingya. Through those operations Buddhist regimes made Rohingya who held NRC cards before as the most unwanted and Stateless people on Earth.

International Community may remember that the State-run newspaper of Myanmar used the term “kalar” to refer to ten Muslims who were brutally murdered by a terror gang of 200 Buddhist extremists in Taungup of Rakhine State in May 2012. The derogatory word “kalar” in Myanmar has increasingly become an anti-Muslim slur. Military junta has been using it to refer to the Rohingyas, to claim they are not part of Myanmar,”. During that time, Thein Sein government used all national medias to spread hatred against Islam, Muslims and Rohingya. Almost all Buddhist media followed the propagandas of Thein Sein government. Soon in June 2012, Thein Sein government staged genocidal operations against Rohingya using Rakhine extremists, well-trained mobs and security forces to murder Rohingya, burn their homes and loot the properties of Rohingya.

On 5th May 2021, the State newspaper of the State Administration Council, the Mirror has used evil Kalar referring Rohingya Solidarity Organization. Before the Coup of 1st February, 2021, an agreement between Arakan Army, ANP, a major Rakhine Political and General Min Aung Hlaing was conceded that Military junta will provide confederation for Rakhine and the Arakan Army should protect Chinese Projects in Rakhine State. As publication of evil Kalar by State Administration Council can be instigation of genocidal attacks against Rohingya, many Rohingya in the ghettos of Arakan consider it as a sign of another genocidal operation against them. More than 240000 Rohingya have been direly living in the Concentration Camps as IDPs. They are not allowed to go their own places. One million Rohingya refugees are also waiting for the dignified repatriation in Bangladesh.

State Administration Council brutally killed more than 800 unarmed Civilians including children since the Coup. Recently SAC has used air force and heavy weapons against civilians in Min Tat of Chin State. Nearly 1,000 troops of SAC from Matupi marched towards Min Tat and have been using arrested civilians as human shields against People Defence Force with hand-made weapons of Min Tat Civilians. Local media from the ground estimated more than 100 died after military used air strikes and heavy weapons in Min Tat town of Chin State where 15 girls were being assaulted sexually by the security forces of SAC.

Since 1990, hundreds of historical Mosques in Arakan State have been destroyed systematically by military junta. Now, some remaining historical Mosques are being used for Buddhist entertainments. Recently, Rakhine film industry had used the biggest historical Mosque to make movie in it. That’s deliberately insult of Islam and Muslims’ belief system.

This is a reflection of the deliberate attempt to destroy the presence of Rohingya and Muslim culture in Rakhine state. Getting rid of people, pretending they were never there – wherever this happens in the world, it’s illegal and it’s wrong. https://t.co/kHQAg8Ilz6

On 29th May, Rakhine extremists killed a Rohingya man and three others were injured while they attacked Rohingya in Pauktaw of Rakhine State. Some soldiers of Arakan Army tortured two Rohingya who failed to pay a big amount of money demanded by them in Alpha three of Kyauktaw. Dr Aye Maung of former RNDP came under fire in the international press for saying Burma should “be like Israel” – a underhanded reference to placing oppressive controls on the Rohingya’s movement within the country – and asked locals to defend the region against the Muslim minority who have been “repeatedly trespassing on our territory in 2012.

He was arrested in January 2018 for delivering speeches marking the 233rd anniversary of the fall of the Arakan Kingdom at a rally in Rakhine state’s Rathedaung township. When he was released after the coup, he praised general Min Aung Hlaing and has started campaigning trip throughout Rakhine State to persuade Rakhine against Rohingya.

Both Rakhine leaders and military leaders of Burma who have been systematically committing Rohingya Genocide since 1970s, deny the existence of Rohingya and have plans to eliminate all Rohingyas and historical monuments of Rohingya from Arakan State. Both of them have extremely fascist policies; military generals hold 1982 citizenship law and the Rakhine Army (AA) holds “Rakkhita Way” to wipe out Rohingya from Myanmar.

Six Rohingya children died on 26th May 2021 and 100 are in hospital because of diarrhoea in Minbya of Rakhine State. Doctors said “It causes because of contiminated water. They have no fresh water at all.

Six #Rohingya children died on 26th May 2021 and 100 are in hospital because of diarrhoea in #Minbya of #Rakhine State. Doctors said “It causes because of contiminated water. They have no fresh water at all.@drzarni@AmbiaPerveen@Sthumoe#WhatsHappeningInMyanmar— Aung Aung (@Aungaungsittwe) May 30, 2021

Though almost all Rakhine politicians cooperate military generals to commit Rohingya Genocide some general public of Rakhine always help Rohingya. We witnessed such good Rakhine in 2012, 2013, 2014, 2016, 2017 and now there is a group Rakhine youth proving water in Minbya of Rakhine State.