Breaking News: A Muezzin was murdered by security forces inhumanly 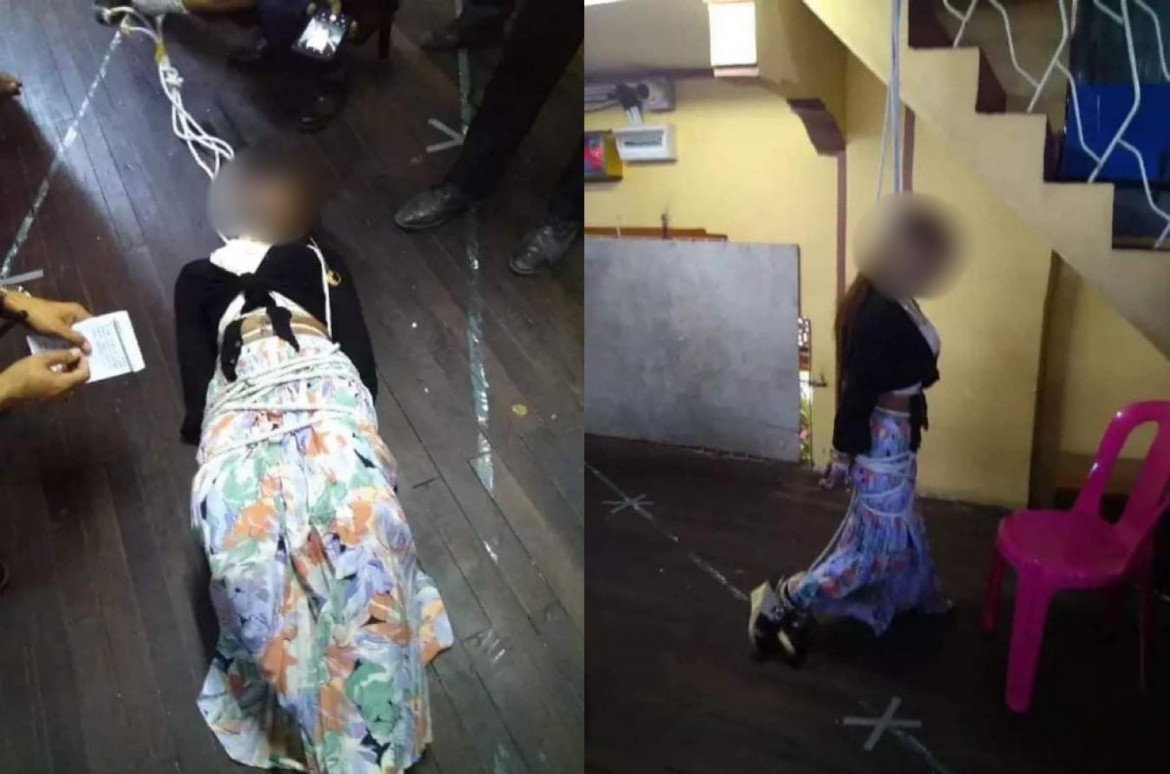 A Muezzin who has been calling for prayers at the Mosque of 144th street of Yangon, was hang by the security forces last night. As Martial law continues 4 AM to 8 PM, no civilian dares to go out.

On 12.4.2021 at around 4:00 AM when people did not hear the Azan voice in the morning, some Muslims went to the Mosque and found him dead hanging. Muezzin is a young single person stays in the room of Muezzin alone inside the Mosque. According to residents, the perpetrators forced him to wear woman’s dress and clothed him, lipsticks, makeup and wig, before he was hang by them. As you see in the picture he was forced to wear a lady’s dress and hang him near the ladder.

As Muezzin is a peaceful and kind hearted young man, everyone loves him in that area and he has no enemy said a resident of 144th street. Everyone in the community is sure that the Muezzin was murdered by the security forces to create communal conflict in the township of Tamwe. Recently, Mizzima launched a voice of Commander who ordered security force in charge of Tamwe to make clearance operation in Tamwe area as soon as possible.

Military took control of Ayoe Gone Ward Administration of Tamwe two days ago and ordered people to register guest list. Muezzin went to registered as a guest not to harm Mosque if they saw him without registration by the security forces. Though there is CCTV camera in the Mosque perpetrators closed it intentionally.

Robbery, killing and arbitrary arrest become the main tool of security forces to control civilians who opposed military junta. More than 700 civilians including four dozens of children were murdered by security forces in Myanmar since the coup.

The Arakan Army puts their legs in two boats

Reply Retweet Favorite
The Rohingya must be allowed to return home with dignity under international law, but the situation in Rakhine Stat… https://t.co/ZU6BDAuGzP