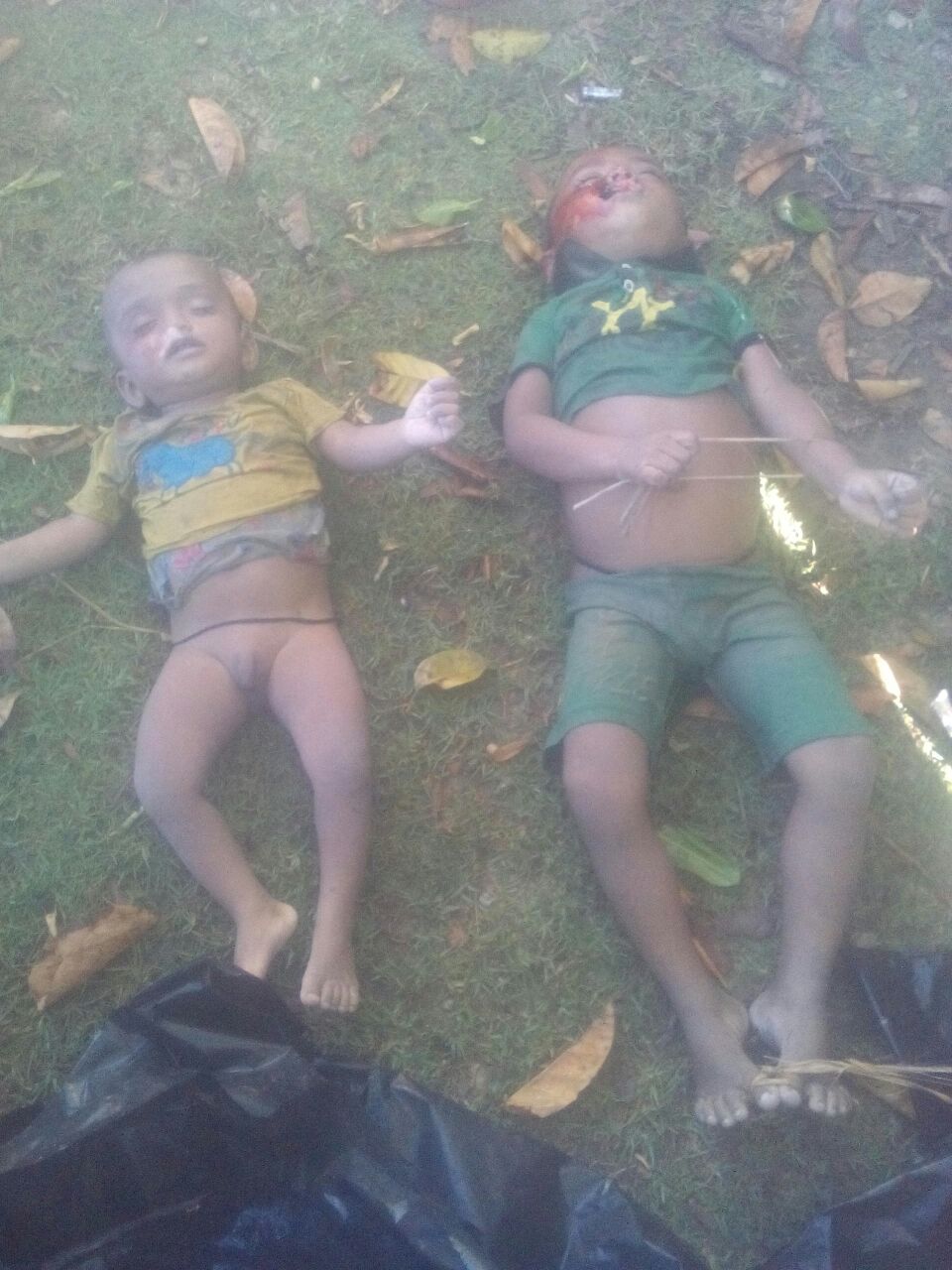 Rohingya in Anauk Pyin and Nyaung Bin Gyi of Rathedaung, only two Rohingya villages among 24 Rakhine Buddhist villages, were threatened to burn their homes several times by Myanmar military and Border Guard Police since 25 August 2017. I wrote about them on August that Police inspector came and told them to leave and they would arrange boats for them.

After I tweeted about them authority didn’t get them on boats but they were threatened on phone daily. Today, at 8AM, 2.10.17, Border Guard Police officers and army officers came and said “Respected foreign people are coming to see you, you must say positive things about military and authority. Otherwise your lives will be in danger”.

When Ambassador team came all the villagers say “yes” for every question they ask.

Those two villages; Anauk Pyin where 2889 Rohingya live and Nyaung Bin Gyi where 1978 Rohingya live, have been under genocidal blockage since 2012, have no basic rights, no right to find food. WFP has been providing food for them since 2012. Since last week of August, they haven’t received rice from WFP. As many of them are starving, they agreed to say whatever military and Border Guard police officers demanded.

Army officer said “We are trying to do our best to give you right to work, education, healthcare, and security. We understand your worry about depriving of your rights.”

Myanmar brought Ambassadors & team to #AnuakPyin #Rathedaung 2.10.17 to listen the voice "Yes" of #Rohingya whom were threatened to say so. pic.twitter.com/ElZdglO3gZ

“Our houses were burnt down, we cannot live in our own village because military and their mobs come and kill us. We have no right for livelihood. No healthcare at all. We left our village to refuge in Bangladesh. When we reach SamaFara of Buthidaung, military and Border Guard Police stopped us not to leave.

We demand our rights but they promise us only mouthful rice for starving family. We go back our village, Mee Chaung Zay of Buthidaung, there is no food, no shelter, no medicine, how can we survive there?

State media and TV channels such as MRTV, MRTV4, MYAWADDY broadcast daily that we are illegal Bengali immigrants. Now, military stopped us not to leave saying “you can live your own village, as you are Myanmar nationals, it is our duty to protect you.” said Zahudur Rahman who is one of the group member travelling to reach Bangladesh.

To deceive the World, authority brought the foreign team only to Anauk Pyin village

In Rathedaung township of Rakhine State, there were 24 Rohingya villages. Except Anauk Pyin and Nyaung Bin Gyi the rest were burnt down by Myanmar military from 25 August 2017 to end of the September. In Chut Pyin of Rathedaung, more than 1000 Rohingya were slaughtered by the military. Nearly 40000 refuge in Bangladesh.