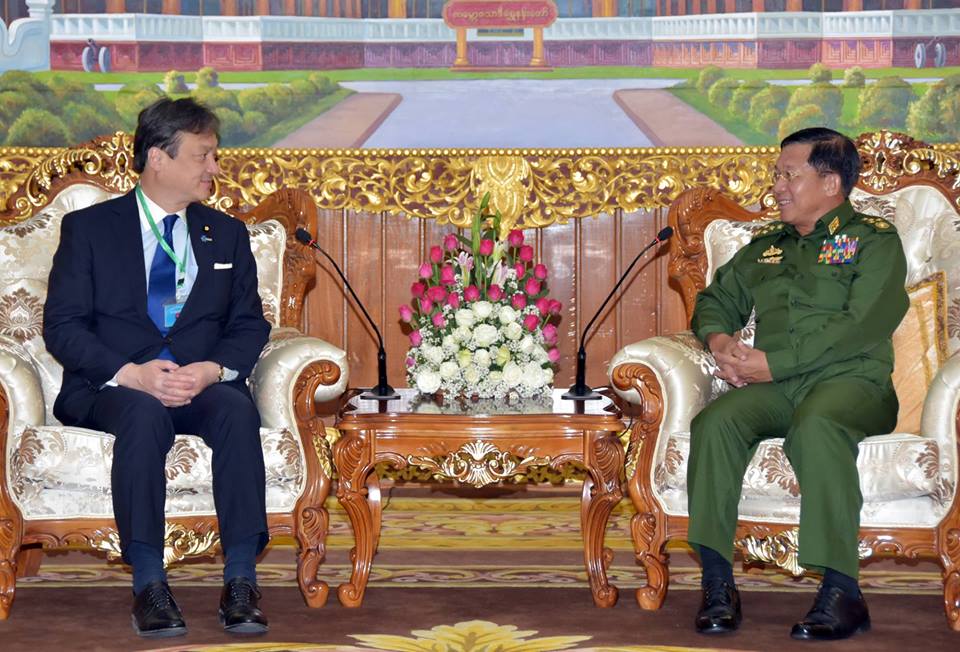 The most powerful person in Myanmar, Senior General Min Aung Hlaing referred “Rohingya” as illegal immigrant from Bangladesh and has shown that “elimination of Rohingya is State Policy. He said ” The Bengalis do not have any characteristics or culture in common with the ethnicities of Myanmar. The tensions [in Rakhine State] were fuelled because the ‘Bengalis’ demanded citizenship.”

Addressing a military gathering in Kachin State, Myanmar army chief showed his intention to wipe out all Rohingya as well threatened sovereignty of Bangladesh. History of Arakan shaped that Rohingya trace their presence in Arakan back centuries. The term “Arakan” is neither a Rakhine word nor a Burmese. It was replaced with the term “Rakhine” in 1974 by General Ne Win, most notorious dictator of Burma.

Myanmar leaders have been deceiving the World that the country is moving forward to becoming a democratic State but Myanmar’s State policy is worse than Hitler’s Nazism. None of problems faced by Myanmar can be resolved unless State change it’s Nazi like policy and takes step to end Rohingya Genocide. How can Myanmar be a democratic State which implements a genocidal policy against Rohingya.

According to United Nations, nearly 700,000 Rohingya refugees have fled Buddhist-majority Myanmar to Bangladesh since August 2016. United Nations and International Community have been urging Myanmar to accept refugees, restore their rights and allow the UN facts finding mission to figure out atrocities against Rohingya.

Parliamentary Vice-Minister for Foreign Affairs of Japan, H.E. Mr. Iwao HORII recently visited in the western state of Arakan where construction is underway for a facility to accept refugees returning from neighboring Bangladesh.

How can international community expect a positive response regarding repatriation of Rohingya refugees from Myanmar which grasp a genocidal policy against Rohingya and has no intention to resettle internally displaced persons (IDPs) to their own places. More than 140000 IDPs have been in the concentration camps and the remaining Rohingya in Arakan have been in the ghettos since 2012.

An open letter to Mark Zuckerberg : Rohingya need your help to end propaganda against them