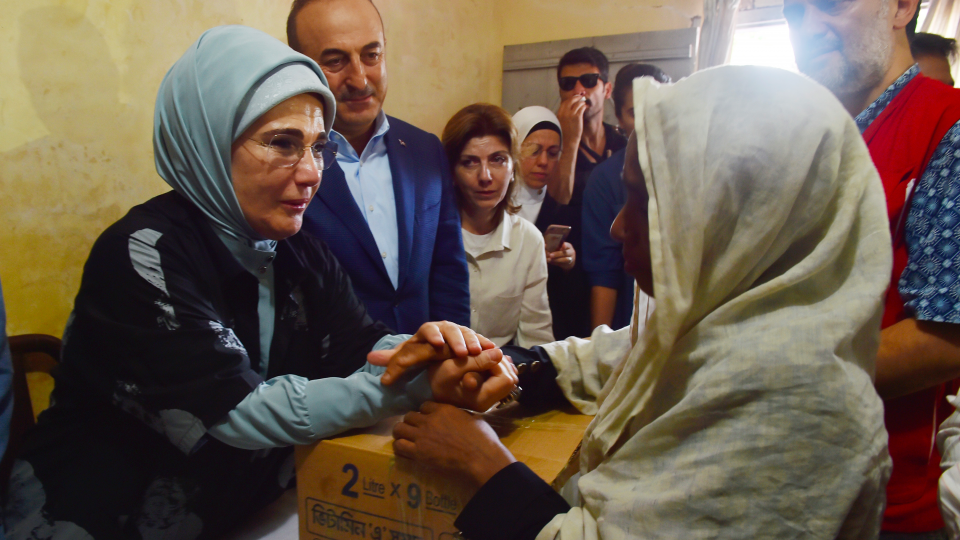 An anonymous NGO staff expressed that only humanitarian aid is not a right approach to end Rohingya Genocide; first and fore-most essential responsibility is to admit “Rohingya Genocide taking place in Myanmar”.

When a genocidal process is being shaped into a “centuries-old sectarian conflict” or “root cause of poverty” or “Communal violence”, no one can solve Rohingya issue. “When we met wife of President Erdogan in 2012, we expected that our problem would be solved and we would go back our own houses very soon.

But her tears could not free us from the ghetto. We appreciate all donors who sent humanitarian aid for us but providing food to us is not the solution of genocide. Many countries have been sending millions of humanitarian aid to Rohingya.

Sending aid through Myanmar authority is helping genociders to continue atrocities against Rohingya. Whenever International Community tries to provide humanitarian aid, security personals demand 25 percent for them and urge to distribute the rest among the two communities equally.” Said Maung Maung Hla from Bawdu Pa IDP camp of Sittwe.

A Rohingya teacher from Chut Pyin of Rathedaung said. Ongoing massacre against Rohingya and mass destruction of Rohingya is a preplanned genocidal plan of Myanmar military.

In 2011, State-back terror monk, Wirathu preached “When time come, we would kill all Kalars (a derogatory term refered to Rohingya), live in Arakan. After State sponsored violence against Rohingya of 2012, President Thein Sein demanded the United Nation to take all Rohingya and settle them in a third country.

In Rathedaung township, there are 24 Rohingya villages out of which following 20 villages were burnt down by the Myanmar military from 25 August 2017 to 9 September 2017.

Than Du where 9 Rohingya are either missing or being arrested A Du village from which 4 Rohingya were arbitrarily arrested and burnt down the village by military Chut Pyin where 627 Rohingya including babies were slaughtered by Myanmar military.

After mass killing and destruction , State-backed Media  said “Camps will be set up to provide aid for displaced Muslims inside Rakhine State.

“More than 280,000 Rohingya have fled since August 25 when a preplanned violence against Rohingya took place in Maungdaw, Buthidaung and Rathedaung, around 20000 estimated number of Rohingyas including babies were either killed by military or missing in those three townships. said Rahimullah from PaungdawPyin of Buthidaung.

“We appreciate all those who have been helping Rohingya and at the same time, we would like to plead World leaders to end Rohingya Genocide, punish all perpetrators who committed crimes against Rohingyas as soon as possible.” pleaded by NezaMuddin, a retired teacher from MaungNuYwa of Buthidaung.

An army officer came to us at 5 PM on 9.9.2017 and warned us to choose either to leave the village or being killed. It is the fourth time they came and warned us.

All villagers decided to leave and requested the officer to send them to Sittwe by boats. But the army officer told us he would informed them soon. At 8PM, Police Inspector from Nyaung Chaung came and said “Be ready we will take you to a safe place by boats because Rakhine are trying to kill you all.

We are so worry that military and police will take us somewhere and kill us on the way. In our village there are 2816 people including babies, children and pregnant women. reported by Amanullah from Anauk Pyin of Rathedaung.