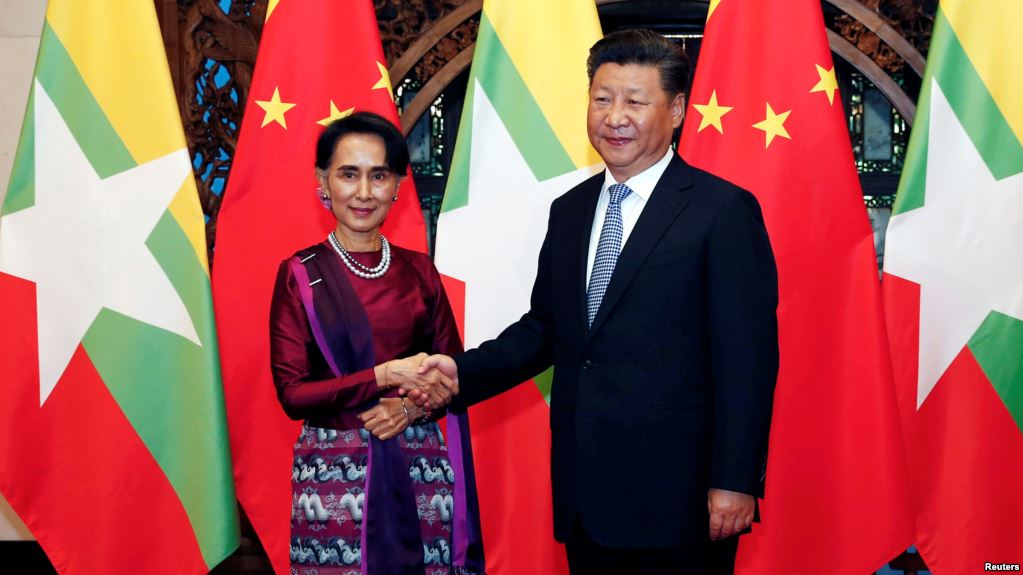 We, Rohingyas of Burma, were wounded with two deep and terrible wounds on our right and left sides- long term persecution by Dictator Ne Win since 1965 to 1990 and genocidal operations since 1992 by Fascist China-backed Burmese military leaders and current de facto leader of Myanmar, Aung San Suu Kyi. Behind us stood a lot of deadly diseases such as cancer, trauma, depression, hepatitis, tumor, tuberculosis, diabetic and malnutrition as though waiting to kill us. Before us stood genociders’ killing fields which have been being used to death and annihilating as many Rohingyas as possible. Fascist China has been supporting Burmese genociders to accomplish its projects in Myanmar.

My own family members have been facing ovarian cancer, trauma, diabetic and malnutrition in the concentration camp of Sittwe that halts my reporting about our peoples dire condition for nearly six months. As we are not allowed to get any kind medical access, we depend on only herbal treatments such as papaya leaf, guava leaf, horseradish leaf etc.

Hundreds of diplomats and democratic leaders visited to our concentration camps several times to investigate the issue since 2012 and told us “don’t despair, everything will be fine soon” hundreds of times, our situation becomes bad to worse day by day.

Before 1938, Britain had already given way to Hitler on a number of occasions, but it was the events of the Sudeten crisis which showed appeasement in action trying to buy off Hitler by giving way to his demands. Appeasement let Hitler grow stronger and abandoned millions of people to the Nazis, caused the war, by encouraging Hitler to think he could do anything.

Since 2011, the most sincere Burmese scholar Dr. Maung Zarni and other activists have been showing the World clear evidence of Nazi-like policy in Myanmar against Rohingya and other ethnic group. They repeatedly urged international community to end Rohingya genocide and take action against Myanmar’s military leaders.

As appeasement was “giving a bully what Hitler wanted”, US foreign policy gave chances to China which supported Myanmar’s generals to commit Rohingya Genocide. Though the majority Burmese people wanted “democracy” and expected assistance from the west, US and the west ignored of human rights violations and genocidal operations of Myanmar army against Rohingya. The World should be aware of Chinese investment in Rakhine and genocidal operations of China-backed Myanmar military against Rohingya.

Since 2016, the Myanmar military has been implementing genocidal atrocities against Rohingya especially in the western Rakhine State and compelled the entire Rohingya community to flee. As a result, about a million Rohingya have fled to take refuge in neighboring Bangladesh. Policy of United State of America regarding Rohingya issue and Chinese investment in Rakhine resembles Britain’s appeasement for Hitlers aggression.

” US ignores atrocities of dictators to protect its self-interest and let them to do anything they like. “

Recently, 106 Rohingya including children from Sittwe concentration camp tried to flee and being arrested by Myanmar authority on November 16, 2018. They should know Myanmar has started genocidal operations after repatriation of Rohingya refugees in 1978 and 1993.

106 #Rohingyas from #Sittwe were arrested in #Kyauktan Tsp, #Yangon, charged them as illegal #Bengali from #Bangladesh on Nov 16, 2018.
Restrictions & persecution in the ghettos motivate desperate #Rohingya to leave the country in hope to save their lives. https://t.co/NwX3UH5bff pic.twitter.com/gQQIYMTN9C

To get International assistance, the Myanmar government shows its eagerness to take refugees back from Bangladesh. In reality, killing Rohingya is a States secret policy of Myanmar that has proved in the case of Wa Lone and Kyaw Soe Oo- Myanmar court jailed these Reuters reporters for seven years for reporting atrocities of Myanmar army against Rohingya. International Community particularly democratic nations must question Chinese stand and save Rohingya from Myanmar’s genocidal actions.