Myanmar’s and China’s Policies towards the Rohingya After Pandemic

Rohingya live in the concentration camps of Sittwe since State’s genocidal violence of 2012, feel that Myanmar’s and China’s Policies towards the Rohingya are Hundred times worse than Coronavirus pandemic because they believe pandemic will cease very soon and it may not kill all of them as it has not spread in the camps yet.

Abdu Rahim, 27 from ThaeChaung concentration camp of Sittwe, said “We would like to appeal the World to save us from the most dangerous virus which represents State Policy of Myanmar and which kills Rohingya in every moment by restricting to find food, access medication, attend school and depriving of all fundamental human rights for us.

Myanmar became a new province of China since 1988 after a national-wide democracy protest against Burmese dictators. During Thein Sein government era, 2010-2014, Myanmar negotiated with China to build Golden Gas Project and Sea Port Project in Kyauk Pyu of Rakhine State. Those projects played a key role for the destruction of Rohingya.

All violence against Rohingya since 2012, have been being conducted by the State Policy of Myanmar under the instruction of Chinese President Xi Jinping who wants China’s landlocked Yunnan province to the Bay of Bengal via a deep sea port in Rakhine state.

As Myanmar is considered one of the most strategic province of China, Chinese authority did not spread pandemic like it intentionally cause to spread in Europe and America. Chinese President Xi Jinping visited Myanmar in January, when the ICJ’s provisional measures order was being decided, to meet with government officials and sign dozens of agreements on China-backed construction projects . They included a deal on the deep sea port and special economic zone in Kyaukphyu, a railway to link the port to Yunnan, economic zones at the Myanmar-China border and a massive real estate development project called the New Yangon City.

“Because of Chinese influence, Aung San Suu Kyi, once democracy icon of Western World, became the worse dictator in Burmese history by allowing mass destruction of Rohingya, denying their identity and existence and forcing to leave more than a million Rohingya; also agreed on the Kyaukphyu special economic zone of China. She has been deceiving Myanmar public by cooperating military generals and Chinese authority to annihilate Rohingya from Arakan and replace Chinese projects on Rohingya’s lands.” said a teacher from Budapa Concentration Camp of Sittwe.

With the support of Chinese authority, Thein Sein government of Myanmar organized violence against Rohingya to appease Rakhine nationalists who protested Chinese projects in Arakan land and to complete China’s Golden Gas Project. Throughout the State sponsored violence against Rohingya in June 2012, Myanmar authority successfully droved nearly two hundred thousands of Rohingya from their homes and kept them in the concentration camps and ghettos.

Soon after the removal of those Rohingya from their homes, Thein Sein Government sent Bulldozer Teams from Yangon to Sittwe to destroy all Rohingya’s homes and Mosques. Later, Rakhine Buddhist families were settled on the Rohingya’s lands by the State. 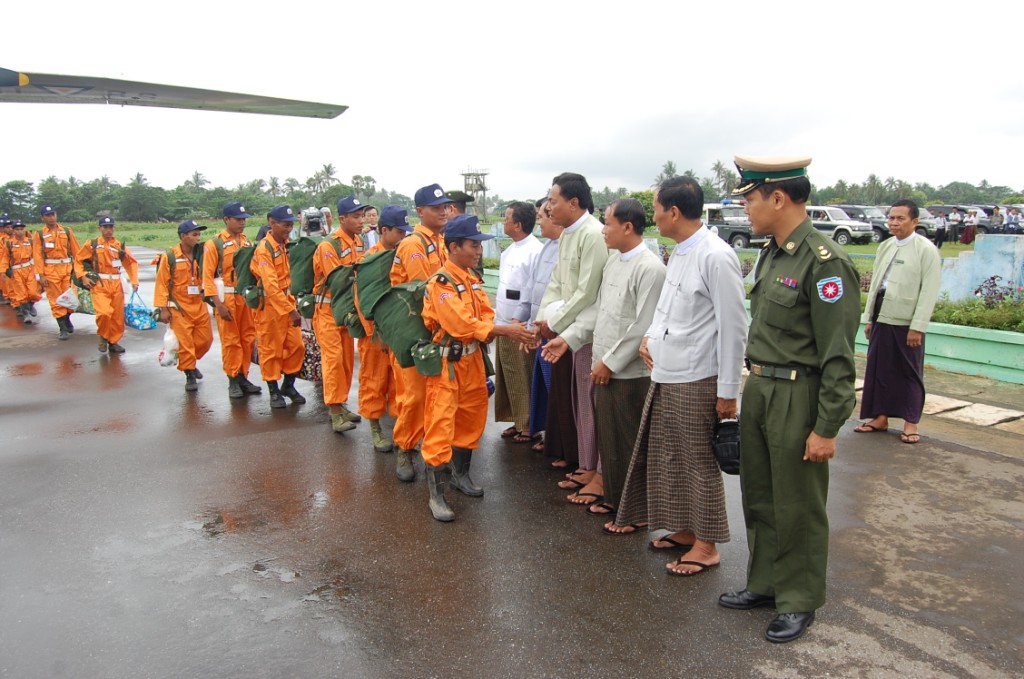 Special Bulldozer Teams of Thein Sein Government of Myanmar to destroy all Rohingya’s homes in Sittwe, arrived at airport of Sittwe on 16 June 2012. These teams completely destroyed all houses and Mosques belonged to Rohingya. Rohingya were driven from their homes after touching some of them by the State Organized mobs and security forces. (Photo – MWD) 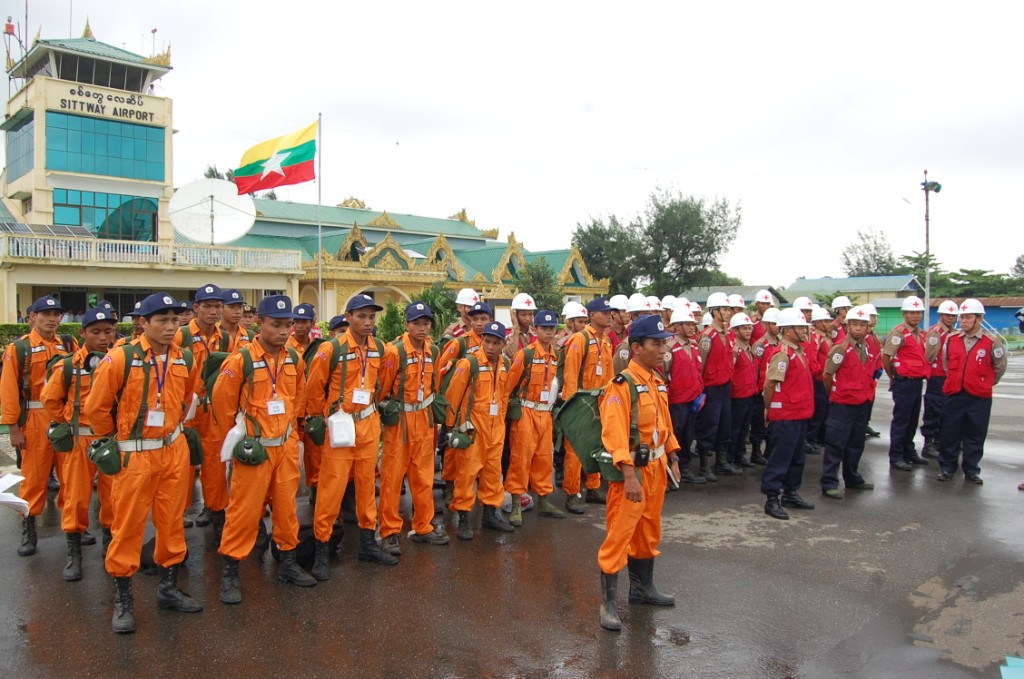 Special Bulldozer Teams of Thein Sein Government of Myanmar to destroy all Rohingya’s homes in Sittwe, arrived at airport of Sittwe on 16 June 2012. These teams completely destroyed all houses and Mosques belonged to Rohingya. Rohingya were driven from their homes after touching some of them by the State Organized mobs and security forces. (Photo – MWD)

An order was issued by the authority of Rakhine State to displace 1255 Rakhine Buddhist shelters on Rohingya’s land in Set Yun Su Quarter of Sittwe on May 14, 2020, but Suu Kyi Government pressured to revoke the order on May 19, 2020. It clearly shows that Suu Kyi’s government wants to continue Rohingya Genocide on the direction of Chinese authority.

As China has been playing a vital role for the destruction of Rohingya to build it’s strategic power in Arakan and Bangladesh against United State of America, it will not allow Myanmar to resettle Rohingya on their own lands. The Myanmar government has no intention to close up all concentration camps and ghettos where Rohingya have been facing dire situation since 2012, restore Rohingya’s rights and respect international laws until China shows a green light to do so.

Rohingya in Rakhine State and in the refugee camps of Bangladesh have to face severe oppression by both the civilian government and the military in Myanmar as well as difficulties in Bangladesh unless International Organization take action against China.

The ICJ ordered Myanmar to end all genocidal acts “including deliberately inflicting on the group conditions of life calculated to bring about its physical destruction in whole or in part.” But Myanmar government receiving Chinese President Xi Jinping had decided not to follow any actual order of the ICJ.

The UN Security Council should take immediate action to find an effective vaccine for those viruses in Myanmar’s State Policy and China’s selfish policy as soon as pandemic cease. Otherwise those viruses can cause another regional mass destruction of Rohingya.

An appeal from Sittwe ghetto to World democratic leaders