A desperate Rohingya, Azizurrahman who lost his sister’s family in Gudarpyin of Buthidaung expressed that Myanmar’s leaders are worse than wild animals, have been roaring “illegal Bengali immigrants from Bangladesh” since 1970. He said “My parents arranged my sister’s marriage to Shabbir in GudarPyin of Buthidaung.

They has two children and were brutally killed by Myanmar military on 28 August 2017. I want to take revenge for my sister and her family. According to reliable sources, nearly five hundreds Rohingya from GudarPyin were killed by Myanmar military. On 30 September 2017, many soldiers came to GudarPyin and collected all dead bodies, the soil where blood stain visible is removed using hoes to conceal their atrocities.

GRAPHIC : There are 100s of #Rohingya mass grave killed by #Myanmar army, 3 discovered​ in #GuDarPyin of #Buthidaung. #UNGA #RohingyaMuslims pic.twitter.com/KPQ5rgWyuI

We have been under persecution since we were born. Hundreds of Rohingya villagers were killed and thousands of them left the country. But Myanmar leaders like the wild animals repeat the same allegation “Bengali influx from Bangladesh” to us because they have plan to wipe out all Rohingya.”

Savage people are usually cruel, oppressive and bloodthirsty, as they usually live by plundering. Myanmar savages equipped with modern weaponry seeking and deceiving ways of shedding blood of Rohingya since 1970s.

United Nations issued many statements against Burmese regime, Human Rights Watch and other international organizations have urged Burmese leaders to stop atrocities and persecution against Rohingya but like playing the harp for a buffalo’s enjoyment, they don’t care international laws, human rights, and human value.” said a secondary teacher from Thae Chaung concentration Camp of Sittwe.

Leaders, journalists and politicians of Bangladesh should question Burmese Union Minister Kyaw Tint Swe from the office of Suu Kyi “When will they stop allegation and false accusation against Rohingya? 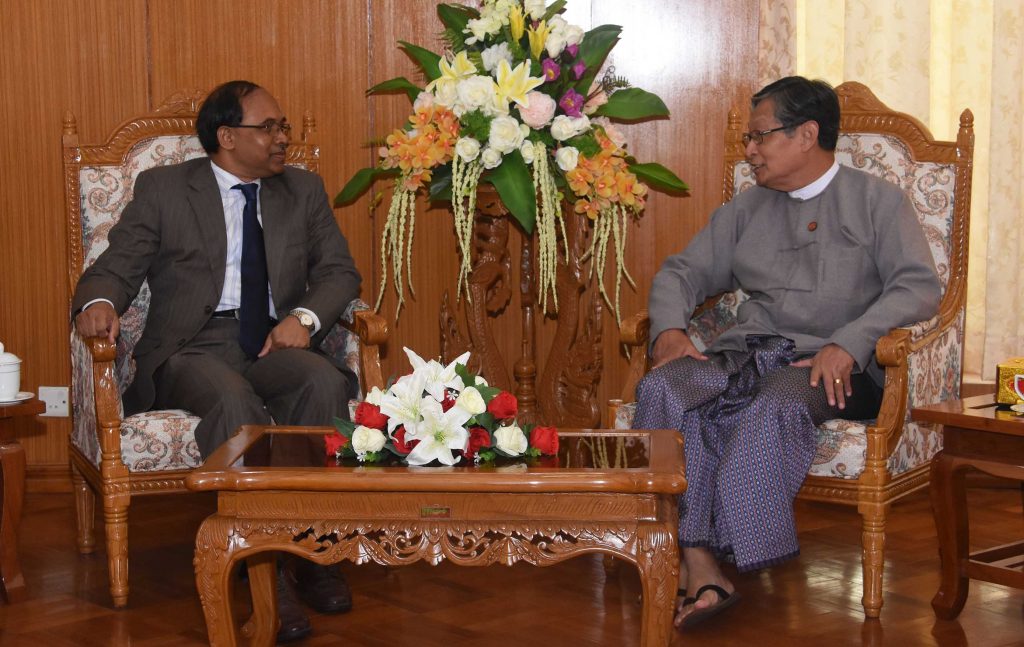 If Rohingya are illegal Bengali immigrants from Bangladesh, then what forced him to visit Bangladesh and discuss about repatriates of Rohingya refugees?”

Bangladesh must not rely on the words of Burmese savages who have been continuously publishing propaganda against Rohingya “Rohingya are illegal Bengali immigrants from Bangladesh” ignoring official documents and authentic historical facts regarding Rohingya. As usual the savages will attempt the highest degree to convince the authority of Bangladesh by presenting an account of falsified assurances.

Rohingya refugees in Bangladesh should demand the United Nations to send UN peacekeeping forces to Rakhine State and make a “safe zone” for Rohingya, resettle them in their own place unconditionally, and restore all rights including citizenship stolen by NaSaKa, regime’s genocidal team against Rohingya’s rights. Otherwise, Myanmar will bring refugees and keep them in concentration camps like us without a single basic fundamental right, commented Maung Hla Kyaw from Ohn Taw Gyi concentration camp of Sittwe.