From Nobel Laureate to a Perpetrator 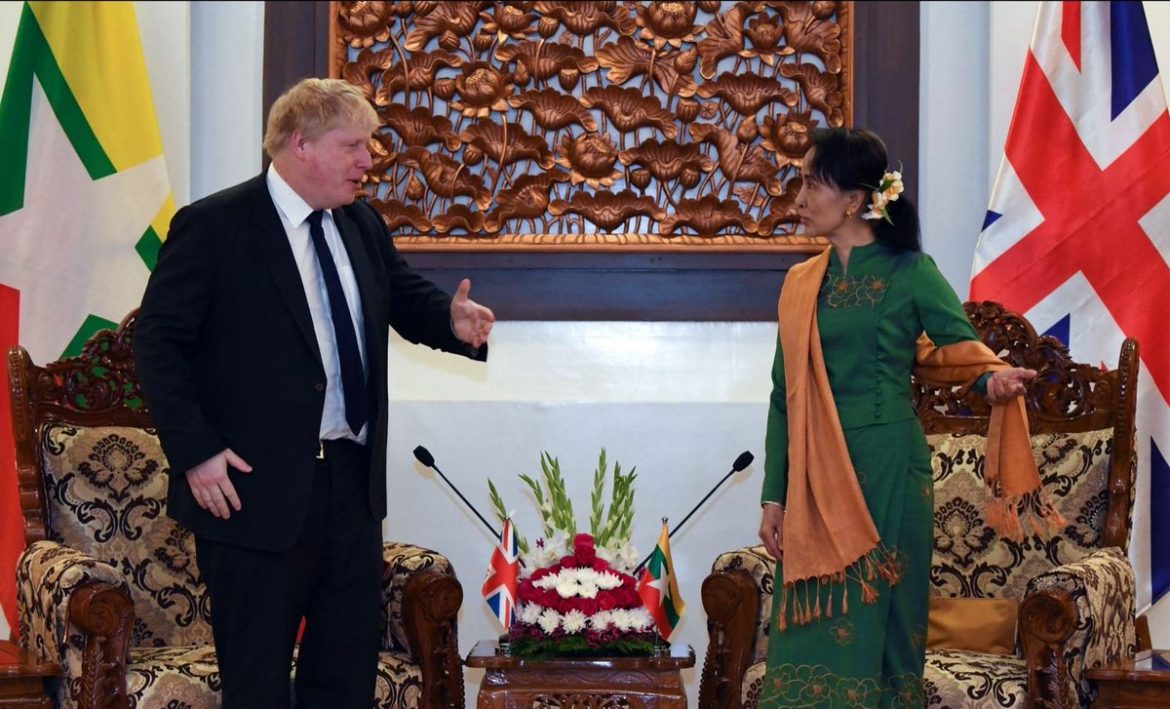 Kyaw Win Chay , a Kaman ethnic from ThanKanna of Sittwe, desperately accused Aung San Suu Kyi as a perpetrator for keeping them in the ghetto depriving basic rights on 12 February 2018. Win Chay said “Like Rohingya, we have been in the ghetto since 2012 even though we are one of the official indigenous ethnics of Myanmar. We are not allowed to attend school, go to the market, work to meet our needs, and access medical treatment. Like previous regime, Suu Kyi government also practices religious persecution.”

Myanmar military and paramilitary have torched hundreds of Rohingya villages. Many eye witnesses revealed the massacres in Chut Pyin of Ratheduang, Maung NuYwa of Buthidaung and Inn Din and Tulatuli of Maungdaw; hundreds of innocent Rohingya civilians were killed by Myanmar army and buried them mass graves. All genocidal operations and atrocities against Rohingya were approved by Aung San Suu Kyi.

The Suu Kyi government and army have repeatedly blamed Rohingya for burning villages. State media consistently published news that Bengali burnt their own houses and ran away. Systematic campaign of mass killing, rape and arson caused more than half a million Rohingya fled to Bangladesh.

Ali Juhar, a Rohingya student from Thakkay Pyin Concentration camp of Sitttwe, apprehensively expressed his feeling that Suu Kyi became a perpetrator by issuing National Verification Cards for us. “NV Card is worse than White Cards issued by military junta. She is forcing us to accept NVC knowingly instead of providing us Scrutiny Cards. NVC is a State’s plan of Rohingya Genocide” said Ali.

The United Nations described the details of a Reuters investigation into the killing of Rohingya in Myanmar as “alarming” and said it showed the need for a thorough probe into the violence in the country’s Rakhine state. U.N. Secretary-General Antonio Guterres has called for the release of the two detained journalists of Reuters.

The Rohingya have been subject to what the United Nations (UN) head of human rights called “a textbook example of genocide. Telling “I don’t fear international scrutiny”, she has supported genocidal operations against Rohingya; mass killing, rape, and destructions of the whole Rohingya community.

We have been facing a consistent, methodical pattern of killings, torture, rape and arson by Myanmar military since 2012. Said Osma Ali, Myoma of Maungdaw. “During Thein Sein era, though we faced thousands of difficulties in the concentration camp, we had hope that we would be freed by the future democratic government.

But we are hopeless now because Aung San Suu Kyi who is very popular as a “democracy icon of Myanmar” became worse than military dictators. Destruction and atrocities against Rohingya during her administration is hundred times greater than persecution in fives decades.” said Kyaw Myra from Nget Chaung Concentration camp of Pauktaw.