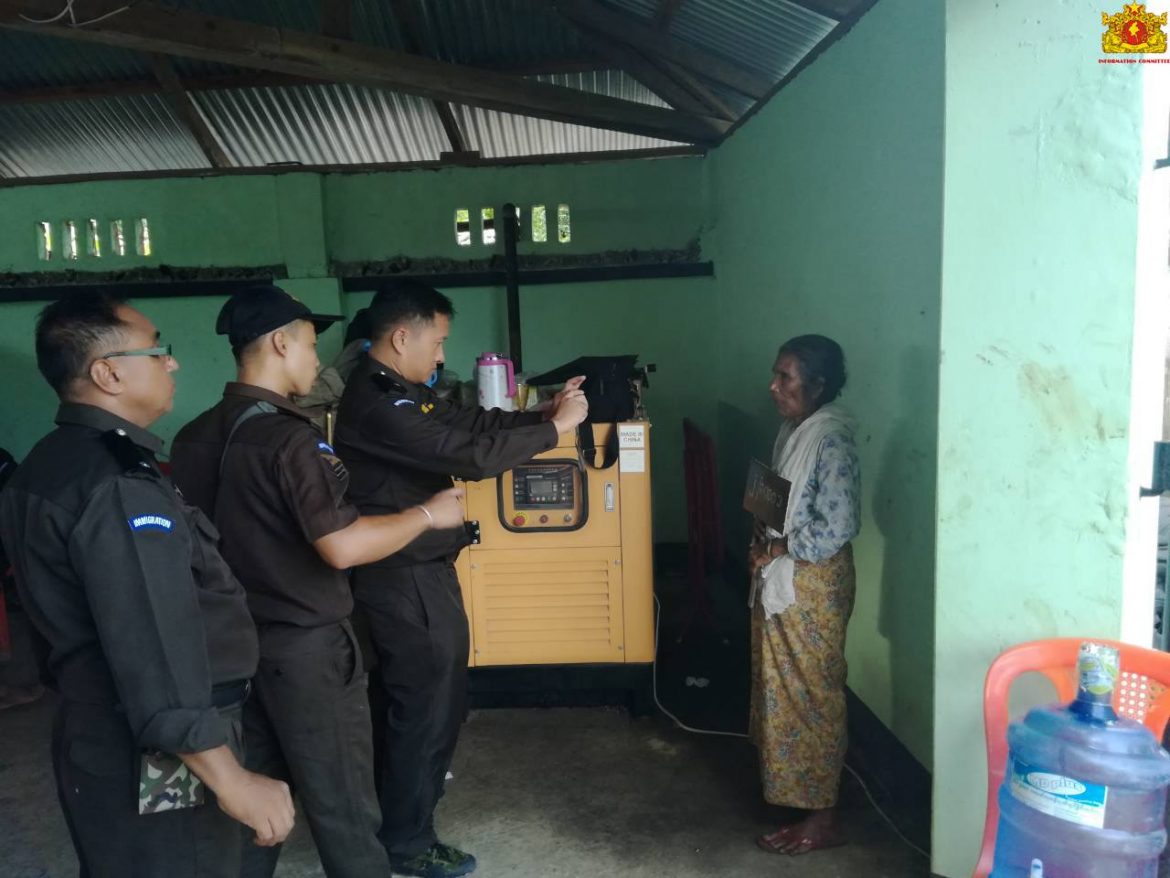 Elderly Rohingya woman was forced to receive National Verification Card to get permission for medical treatment in Maungdaw on October 20, 2017. (Photo : Information Committee)

Town Administration of Sittwe, Heads of Immigration Department, and Border Guards met Rohingya IDPs at Thae Chaung meeting Hall of Sittwe on 29th December 2017, to warn them “Receive NVC or Starve yourself to death.”

After 2012 violence against Rohingya staged by Thein Sein government, nearly 200,000 Rohingya became internally displaced persons who have been living in IDP concentration camps in Sittwe, Pauktaw, Myebon, Minbya, Kyauk Pyu, Mrauk U and Kyauktaw. Rohingya in Rakhine State of Myanmar have been in ghetto-like situation; have no right to work, not allowed attend school and hospitalize even for serious cases since 2012. Most of the Rohingya who are not IDPs in Sittwe, live in Minbya, Kyauktaw, Mrauk U and Pauktaw, depend on fishing and farming for their survival since that time.

Though Thein Sein government staged the violence and kept all Rohingya in the ghettos, it allowed them fishing and farming. Suu Kyi government ceased Rohingya’s fishing boats from fishing in the sea as an excuse not receiving NVC, so-called National Verification Cards. As Rohingya hold National Registration Cards (NRC) until 1990, they don’t need to hold NVC according to the citizenship law of Myanmar. But Myanmar authorities force them receive NVC to make them illegal immigrant from Bangladesh.

In Sittwe alone, Thousands of Rohingya who depend on fishing are now facing starvation because authorities ceased their fishing without NVC. Maung Kyaw Said “I asked immigration officer during Thae Chaung meeting on 29th December 2017. “I hold NRC. Why do I need to receive NVC?”

The officer answered “Every Muslim must hold NVC. That’s the order from State Counsellor Office. Otherwise you cannot go for fishing or find food.”

“We depend on hunting crabs but authorities do not allow us going out of the village and hunt crabs now.” said Rabi Ullah from San Tet Maw of Pauktaw.

Myanmar’s army began its atrocities against the Rohingya in late August that caused fleeing nearly one million Rohingya. Aung San Suu Kyi, State Counsellor and de facto leader of Myanmar agreed for the repatriation of Rohingya refugees in Bangladesh. At the same, she continues keeping Rohingya who do not flee, in the ghetto and forces them to receive NVC. She has no intention to resettle all Rohingya IDPs to their own lands.

Jews under Nazis’ Democracy and Rohingya under Burmese Democracy transition