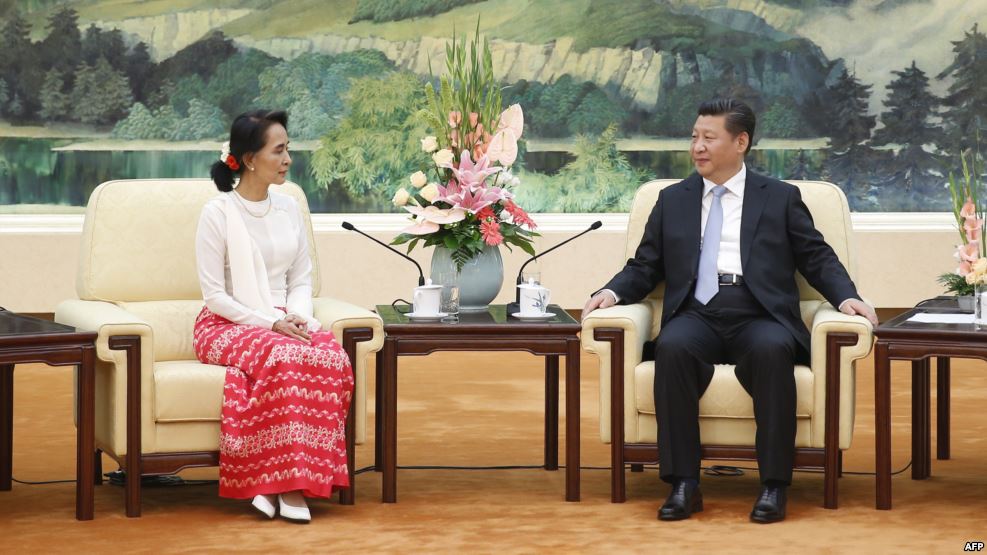 The West and East’s power struggle after the Second World War appeared in the form of “Cold War” which caused dead of millions of people around the World. Cold War replaced with “phobia and terrorism”; mighty power’s accusation against the weak and destruction for particular political gain. After the World War, most of the Muslim countries took the East side but they did not get enough aids for the establishment of their countries.

After Soviet’s collapse, many countries tied good relationship with China. Though majority Muslims like the West’s rule of law, fair political system, democracy, respect for human rights and freedom of speech, most the Muslim leaders rely on China.

The rise of China is reshaping the World especially Muslim World but except Burma, nowhere takes it an ideal power for the development of their countries. Burma’s history with China is complex and troubled; China supports United Wa State Army and Kokang that threatens Burmese sovereignty.

China, ignoring human rights violations and genocidal persecution against Rohingya and non-Buddhists by the Junta, help generals to monopolize all natural resources and projects. China helped Thein Sein government for the massacre of Rohingya in 2012 to complete golden gas pipeline from KyaukPyu to China.

Although China took lead Burmese economy, all infrastructure in Burma are still under development. China takes advantages but ignores Burma’s development to control it easily. Majority thirsts for democracy in Burma and Generals hold power with help of China and continue Rohingya Genocide, persecution against non-Buddhists and human right violation.

Daw Aung San Suu Kyi must recognize that development cannot proceed at the expense of peace and convince China to cooperate Burma’s peace process and end persecution against non-Buddhists especially Rohingya who have been kept in ghettoes since 2012 for China’s Golden Gas Project.

” Rohingya became the most persecuted people on Earth since 1970s, 1000s of them were killed in 2012 violence sponsored by Thein Sein Government, around 6000 were thought to be lost in Andama Sea, 139 graves were unearthed in Malaysia, dead Rohingya while escaping from genocidal persecution in Arakan.”

Rohingya were a recognized indigenous ethnic group during democratic period of 1948 to 1965, the Rohingya language was broadcast from Burma radio broadcasting program. After State sponsored violence in 2012, Rohingya are called Bengali immigrates. NLD government is forcing them either to leave the country or accept NVC cards as foreigners now; instead of lifting restrictions and genocidal blocks against us, it is busy to make us illegal immigrants from Bangladesh.

OIC should put pressure on China if they really want end Rohingya Genocide in Burma and Daw Aung San Suu Kyi should respect principles of democracy regardless of race and religion, restore rule of law effectively and take action against all of those who violate any right of a citizen.