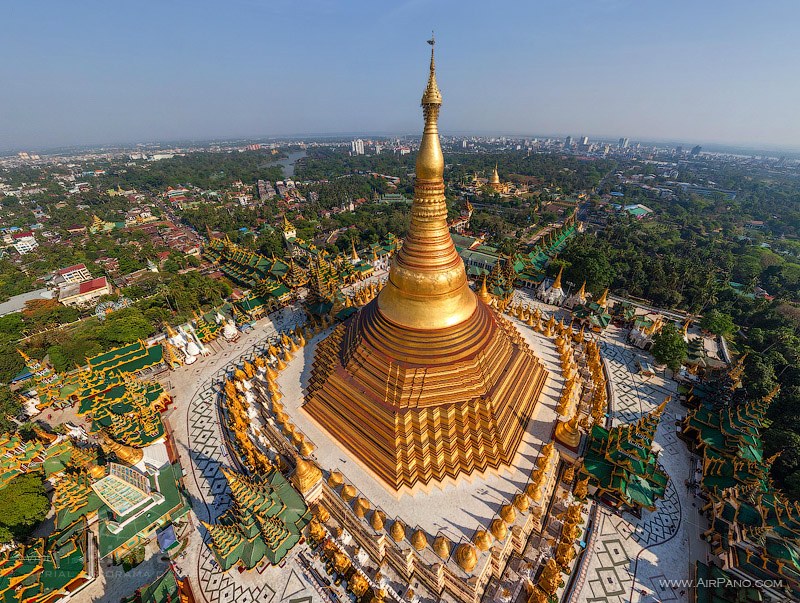 All religions in the world help people lead stable social lives; providing communities ethic, morality, and spiritual development that help to establish a peaceful society. Every religion has a right to claim that “it is the best religion” but no religion can claim that “this is the only best religion in the world”.

Buddhism was founded by Siddhartha Gautama in 500 B.C. In the beginning, it had a lot of followers because it could help for peace and justice. In China, during the Han dynasty, people fed up with internal conflicts and Buddhism showed them peaceful lives that caused Buddhism to spread to China.

On the Indian sub-continent, Buddhism did not stand longer; when Asoka converted to Buddhist, he contributed a lot to spread Buddhism throughout Asia. He gathered together all Buddhists monks and scholars to compile Gautama’s saying.

There are two main sects of Buddhism; Mahayana Buddhism and Theravada Buddhism. In Mahayana, Buddhist monks can do whatever a normal person does, but in Theravada, monks must conduct completely differently in public.

In Myanmar, the majority of Buddhists believes in Theravada Buddhism, which influenced Burma after unification by King Anawratha. During the British colonial period, Burmese people started their political movement under religious and social organizations. Steadily, Burmese politicians used religion to gain their political goals.

After the assassination of General Aung San, Burmese politicians tried to deprive rights of other religions; especially Christianity and Islam. Buddhist politicians look these two religions as danger and propagate against those. After independent, because of injustice, ethnic minority started to revolt against government. In Arakan State, the Mujahedin movement fought to get Rohingyas’ fundamental rights, soon, through reconciliation, Rohingyas were approved as an indigenous ethnic race of Burma by parliament democratic government.

Before the Independence of Myanmar, there were 3 million Buddhists living in East Pakistan, Bangladesh. It was claimed that the newly-born country, Bangladesh had attempted to displace the indigenous Buddhist inhabitants.

The total population of Bangladesh in 2004 is about 125 million with only 1 million Buddhists living in Chittagong, Chittagong Hill Tracts, Comilla, Noakhali, Cox’s Bazar and Barisal. Buddhism is the third largest faith in Bangladesh comprising of about 0.7% of the total population. Most of Buddhist belong to the Chakma, Chak, Marma,Tenchungya and Kyang tribes which you can find in the Rakhine State too. 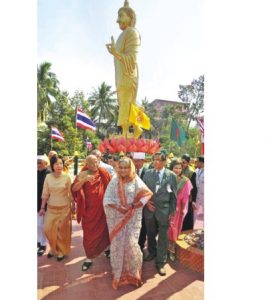 In order to figure out what is the real attitude of Buddhists toward Muslims in Myanmar, could you please pay attention to the following facts?

1. Before the independence of Myanmar, there were 3 million Buddhists in Bangladesh. In 2004 it became 1 million, now it is less than 1 million, where did the rest go, did the Bangladesh government kill them, or did they suicide themselves?

2. For Buddhists, there is full right in Rakhine State; all security forces, polices, immigrations, and office staffs are Rakhines, Rohingya are not allowed to serve.

4. Several times, thousands of Rohingya fled to Bangladesh because of persecution, and Myanmar’s government received them as their citizens, but still Rohingya are not recognized as Myanmar citizens.

5. Bangladesh government gives full rights to the Buddhists without discrimination, Buddhists can get high positions in Bangladesh, where the majority is Muslim, and even Bangladesh ambassador of Myanmar is Buddhist now. Buddhist Myanmar has been oppressing Muslims of Myanmar since 1962.

6. Prime Minister Mrs. Sheikh Hasina has urged people of all faiths and communities to work shoulder to shoulder to build Bangladesh as the most peaceful and prosperous nation in South Asia. She gave the call while speaking as chief guest at a function marking the unveiling of 48-feet high statue of Lord Buddha at Dharmarajika Buddhist Monastery campus.

7. Myanmar’s government already had banned the building of Churches and Mosques since 1962, beside, hundreds of Mosques had been already destroyed, old Mosques can not be decorated, Muslims can not pray five times prayers in all new cities and townships which establish by the military regime.

8. Myanmar Buddhists’ main propaganda is “Muslims are trying to spread Islam through marriage; Christians use aids to convert Buddhist to Christian”.

10. Thousands of Rohingyas were killed, their houses were burnt, their properties were looted that did not satisfy them, they announced that Rohingya should be deported to a third country. Is it called Buddhist justice? Is it the essence of Buddhism?

11. Could you please study these two countries, Bangladesh and Myanmar, and focus on the essence of two religions, Buddhism and Islam. If the attitude of Myanmar Buddhists is wrong, why are you still silent then?

12. Do you really believe in Buddhism? Why don’t you practice eight fold paths?

13. If you really want to spread Buddhism, please don’t try by force, you can not convince anyone to convert, try in humble and gentle way, like Christian and Islam.

14. You can read the Bible and Quran in every language of the world, but in Myanmar, which Buddhists claim as a Buddhist Country, people can hardly find Buddhist Tripitika in the Burmese language; 99% of Buddhists do not know the essence of Buddhism. Why don’t you try to educate them?

15. This is my humble advice to you that through injustice way, you cannot overwhelm, you cannot spread Buddhism, and injustice cannot stand longer.

16. If you really believe Buddhism as a true religion, why you don’t try to show its beauty, why are you still silent regarding persecution of Rohingya in Arakan State.

17. Don’t you feel ashamed that Bangladesh can give the full right to Buddhists and Myanmar is continuously discriminating? Is it reality of Buddhism?

18. I believe Siddhartha Gautama as a great teacher, I respect him as I respect to all Prophets. I don’t see racism in his teaching, why are you insulting him in the name Buddhism?

(NOTE – I wrote this article for www.salem-news.com on 14th August, 2012 and transferred it to my own website now as a record.)

Turkish Foreign Minister and Delegation are Welcome with Blood of Rohingya