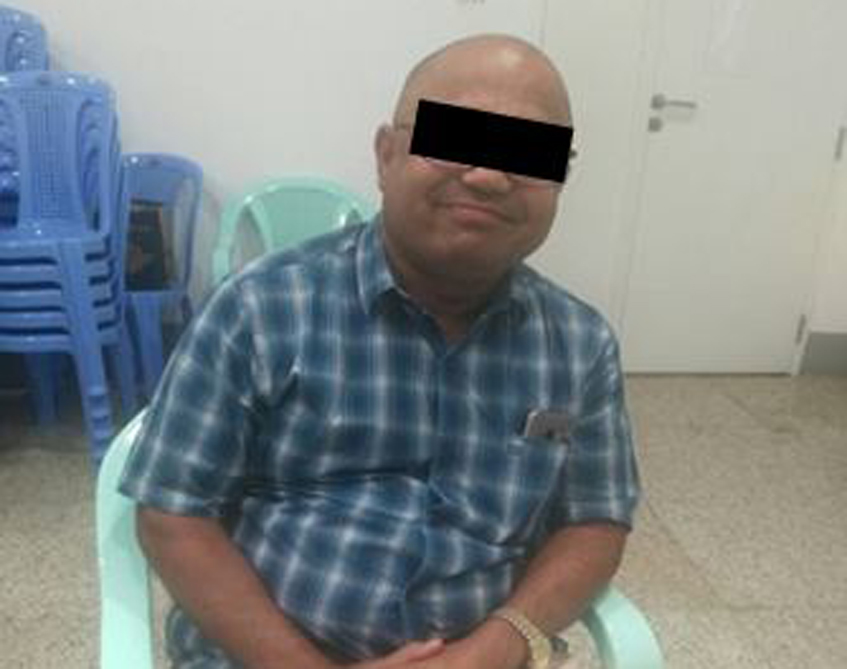 Aung Zaw Win, a former MP, member of USDP Party, was arrested on 28, February 2018 at Yangon airport as an excuse supporting ARSA extremists. Zaw Win is the chairperson of Shine Construction Company. Since 1988, Zaw Win has been working with generals and became a trustworthy person of generals. He built and shared Hotel MyintMorNan locates in Naypyidaw with General Yar Pyae, PA of Senior General Than Shwe.

For his another Hotel, Esperado which locates in front of Karaweik, Yangon, he makes former chairman of USDP party, U Htay Oo as his partner. Zaw Win is a very close friends generals. He has been being used by the generals particularly after the State’s sponsored violence of 2012 against Rohingya. EU supports Dr. Kyaw Yin Hlaing to establish peaceful coexistence between Rakhine and Buddhists; many Europeans trusted the false report of Thein Sein government that 2012 violence was a communal conflict. In reality, whatever violence and attacks occurred on Rohingya, all are parts of State’s genocidal plan against us.

Whenever Dr. Kyaw Yin Hlaing brings Rohingya representatives from Sittwe, MaungDaw and Buthidaung to Yangon, attend harmony meeting, Aung Zaw Win feeds them encourages them to accept the term Bengali. He shook hands with former commander of Rakhine State and Home Minister, general Maung Maung Ohn, Deputy Immigration Minister Phone Swe and other officers for the development of Rakhine; they earned million of dollars from local as well as abroad.

Currently, General Thura Shwe Mann, former chairperson of Parliament trusts Zaw Win as a good partner. Why was he arrested then? “The only reason for his arrest is failing Bengalization”. said a business man. Generals forced him to sue MP Shwe Maung who used the term “Rohingya” in the Parliament and left the country before being arrested.

They threatened him confiscation of all his property if he fails to do his best for the Bengalization ; State’s secret plan of Rohingya Genocide. State’s plan for the elimination of Rohingya is one of the State’s secret policy. When the Reuters reporters tried to investigate it and reported about mass grave of Rohingya and atrocities of military, they were arrested and charged for high treason.

According to one of the Aung Zaw Win’s staffs, government has plan to arrest all Rohingya businessmen, politicians and educated persons live in Yangon and Mandalay.

After the State’s plan of destruction, genocidal operations, atrocities, arson attacks. mass killing and rape against Rohingya nearly a million Rohingya fled to Bangladesh save their lives. Many World leaders, activists, humanists and scholars want to bring all criminals committed crimes against Rohingya. Many journals wrote about ICC and R2P in Myanmar. State Counsellor, Aung San Suu Kyi and Commander-in-chief, Senior generals Min Aung Hlaing denied the atrocities against Rohingya.

Though Myanmar government repeatedly claimed clearance operation against ARSA terrorists, it could not prove a single evidence regarding the issue. Myanmar leaders know well that International Community has enough proofs to bring Burmese genociders to ICC. So they ask help from selfish China to save them.

As international pressure increases on Burmese generals, they target all Rohingya including businessmen and politicians. Passports are not issued to those Rohingya who live in Yangon and hold scrutiny cards like other Burmese nationals. If MP Aung Zaw Win really supports ARSA, all generals who are his partners must also be taken action.

My Latest Article : The junta continues to speak in a tone of genocide against #Rohingya. Russia’s support for geno… https://t.co/SSjeBGycsb

Reply Retweet Favorite
With the support of #China, the civil war continued throughout #Burma since 1960s. What can #ASEAN do if the milita… https://t.co/Idv6mhLSAw