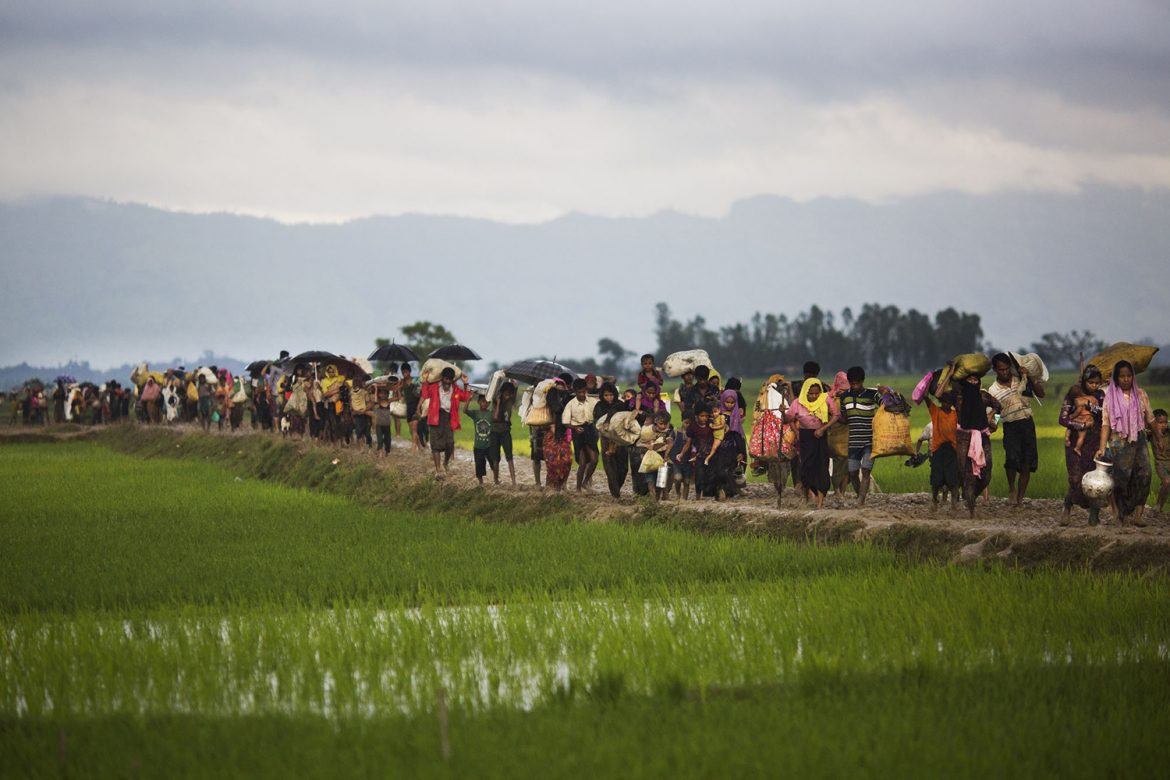 Exodus of housands of Burma's Rohingya ethnic minority were crossing the border into Bangladesh near Cox's Bazar, after burning down of their homes by Myanmar military on September 1, 2017. (Photo : Bernat Armangue / AP)

World media works its best to share enough facts regarding Rohingya cleansing in Myanmar for the World leaders and International Organizations who could solve the issue.

UN has paved the way for the Big Five to be attentive on Rohingya issue. China sides Myanmar genociders by blaming of uncertain attacks of insurgents on security posts. United States, United Kingdom and France trust Aung San Suu Kyi and hope she would find a way.

Russia views the issue as a rival perspective. Rohingya face destruction in daily basis. Since 25 August 2017, Myanmar security forces have burnt down ninety-five percent of Rohingya’s homes in Rathedaung, Buthidaung and Maungdaw and blamed Bengali for the destruction.

Thousands of Rohingya civilians including babies were killed by security forces and Myanmar’s ambassador to the United States said, “Security forces didn’t overreact, Myanmar is the victim of terrorists and false media reporting on the Rohingya.”

For a long-term plan, State media must educate public on democracy and human rights. Rakhine extremists and all Buddhist extremists including Sitagu should be on trial, 2008 constitution and 1982 citizenship law must be amended.

Poverty and anger are two of the real root causes of terrorism globally; young people who feel injustice and persecution in a ghetto-like situation can be easily convinced by any terror group.

If “Big Five” fails to resettle Rohingya on their own places, restore their rights and educate them properly, there might be unexpectable terror movements in the region.

Russia ,China and all of those who have strong tie with them would be considered the same perpetrators of Rohingya cleansing if they support Myanmar’s genociders as an excuse of “internal affairs of Myanmar” or halting UN resolution to be implemented.

For those among the Ummah who want to fight for the rights of Rohingya, putting pressure on China and Russia would be the greatest Jihad.