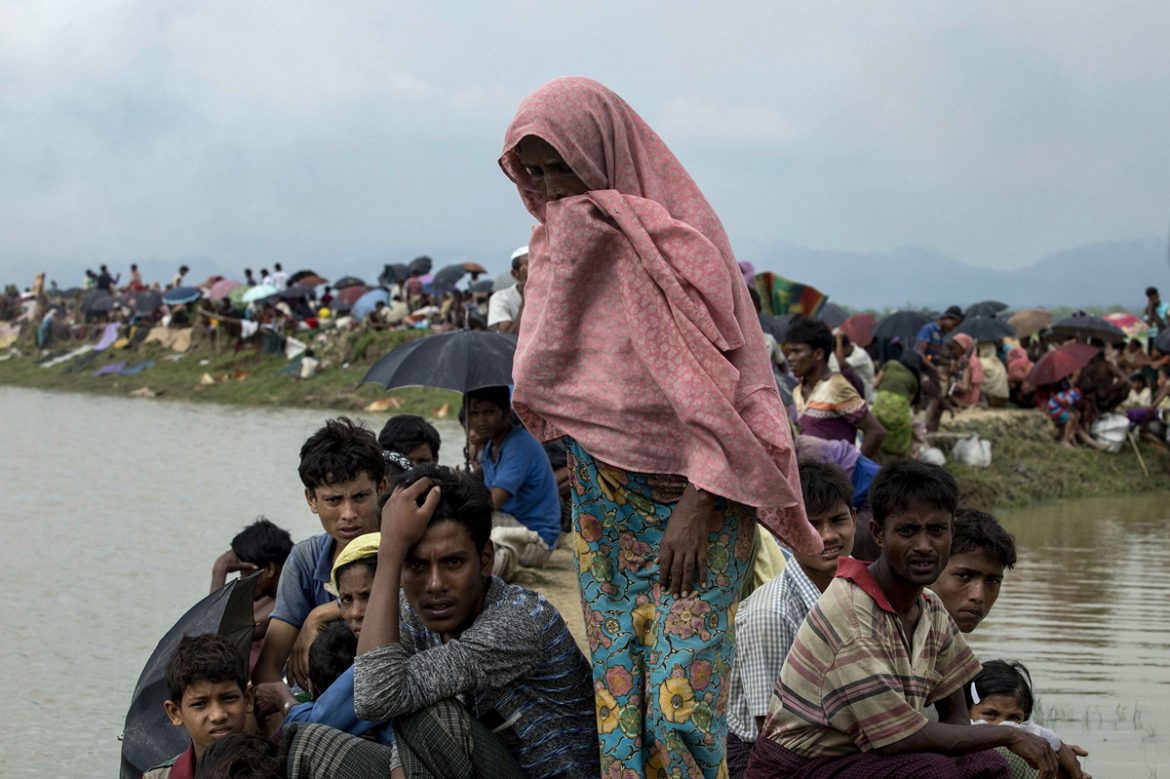 Displaced Rohingya refugees from Burma rest near Ukhia, near the border between Bangladesh and Burma, as they flee violence on September 4, 2017. (Photo: K.M. Asad/AFP/Getty)

If man does not act in accordance with natural laws, he cannot be successful in good works and progress. All his actions then become destructive. He is crushed under the wheels of society.

Materialist philosophy, on which communism is based, has absolutely no connection with truth and reality, and that its theories are completely unfounded. It illumines those who fall into the darkness of those rotten ideas.

Ummah has been struggling against irreligion and communism since fourteen centuries ago but many politicians allow their countries to be sold to the enemies of Islam. Communism, which aims to scatter its poisonous microbes over the beautiful and peaceful Ummah, becomes a close friend of majority Muslims in the Ummah.

Russia and China have been not only threatening Ummah in the name of friendship but also have destroyed the whole Ummah pointing US as a common enemy. On the other hand, the Unites States also takes advantages from supporters of its rivals.

As both East and West spread poisonous propaganda, those who support the communist Russia and China Importing Russian and Chinese products, and their ideas, majority deviates from the right path, “Siratul Mustaqeem”; ignorance and heedlessness of religious commands, ignorance of modern scientific knowledge causes Ummah backwardness.

To maintain their dictatorships, many Muslim leaders always follow footsteps of Russia and China; the most dangerous calamities of the Ummah provide only destruction.

Hundreds of thousands of people have been affected by the genocidal operations of Myanmar military in northern Rakhine State. Since late August, more than 500,000 people have been internally displaced and fled to Bangladesh.

Human Rights Watch said ” Myanmar is committing crimes against humanity in its massacre of villagers and mass arson in Rakhine state, where 480,000 Rohingya have been forced to flee to neighboring Bangladesh over the past month.

The current outbreak of genocidal operations of Myanmar military against Rohingya civilians began at the end of August, after Rohingya insurgents attacked some police posts in Rakhine.

Ninety percent homes of Rohingya were burnt down in Rathedaung, Buthidaung and Maungdaw, more than half a million left the country, nearly twenty thousands were either killed or missing since 25 August, thousands of people are starving right now because of genocidal blockage but United Nations has no power to restore the right of Rohingya.

Among the veto power holders, communist China and Russia, enemies humanity and close friends majority OIC members do not want to end Rohingya Genocide which is a silk road for them.

Millions of Muslims around the World have shown their sincere sympathy for Rohingya but none of the Muslim leader could convince China and Russia to end Rohingya Genocide.

Some leaders are showing off their elusive and emotional sympathy for Rohingya by hugging Russia and China, the most dangerous calamities for the Ummah.