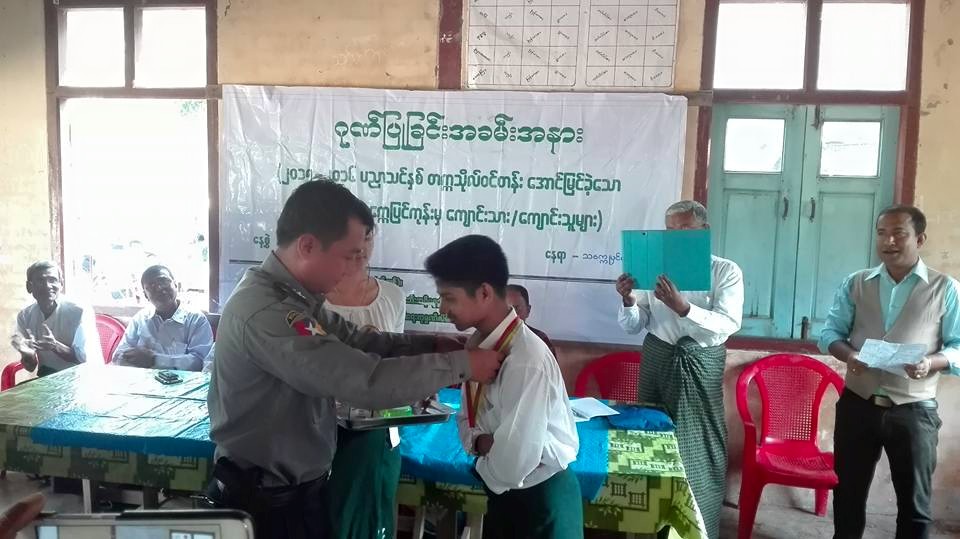 Rohingya in Anauk Pyin and Nyaung Bin Gyi villages of Rathedaung locate among the 22 Buddhists village, both distance 2 hours walk, which have been being blocked by authority. Anauk Pyin of Rathedaung where 2571 Rohingya live and Nyaung Bin Gyi of Rathedaung where 1772 Rohingya live, have no right to go out, find food, attend school, get medical assistance, and live in fear since 2012. Both villagers have been receiving rice from WFP since 2012.

Rakhine MaBaTha extremists in cooperation with the Myanmar’s authorities hoisted Buddhist religious flag and have confiscated 100 acres farmlands belong to the local Rohingyas in Rathedaung Township. I attach documents of lands which refer the ownership of lands are Rohingya and confiscation was against the law. 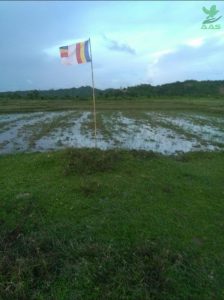 Buddhist religious flag hoisted in Rohingya’s farmlands as warning not to step on it, Anauk Pyin, Rathedaung, Arakan.

The lands are owned by the people of ‘Anauk Pyin,’ a village set ablaze and destroyed by the Rakhine Buddhist extremists led by the ex-policeman U Than Kywe during the violence in June 2012. Now, Rakhine Buddhists have taken over the lands and cultivated the lands by force.

Amanullah, 37 years, from Nyaung Bin Gyi of Rathedaung said “We can’t go to the forest for logging. We can’t go for fishing. Worse, the police and the military from their respective bases in the village have been brutally oppressing us. We depend on the rice provided by WFP for our survival.

Azizurrahman 46 years old, from Anauk Pyin of Rathedaung, said “We have no alternative way to find food except WFP’s ration. Staff of WFP said “From this month on, we won’t provide rice for you because new government is responsible to take care you”. We request WFP to provide rice to us until we can work like before 2012, otherwise we will die because of hunger.” we get nothing to do for our survival. Our lands are being confiscated by using military and police force. Kindly help us by any means” Aziz continued.

Genocidal blockage, confiscation farm lands and prohibition of cultivation gradually lead Rohingya into deeper and deeper poverty, which results facing malnutrition, variety of diseases, and eventually death. There has been no persecution that Rohingya have not tasted, no oppression Rohingya have not suffered since 1965.

Documents which clearly show the ownership of lands; Rohingya in Anauk Pyin of Rathedaung confiscated on 26.6.2016 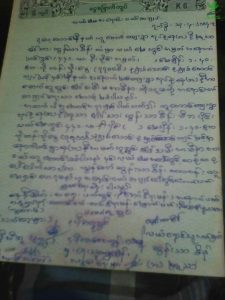 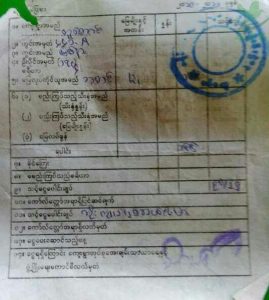 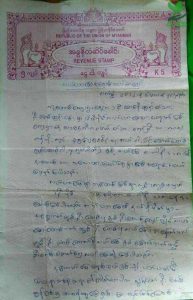 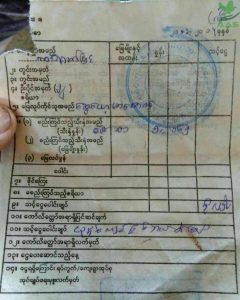